A Guide To The London Boroughs And Neighbourhoods (With Map)

London enjoys the fame and popularity befitting of a key global city. The epicentre of culture, education, politics, finance and entertainment, England’s capital is instantly recognisable by its historic buildings and red double-decker buses.

The city hardly needs an introduction.

For Greater London, however, an introduction is necessary, especially for out-of-towners looking for the best places to live or visit in the capital.

This is a detailed guide to the London boroughs and their neighbourhoods. 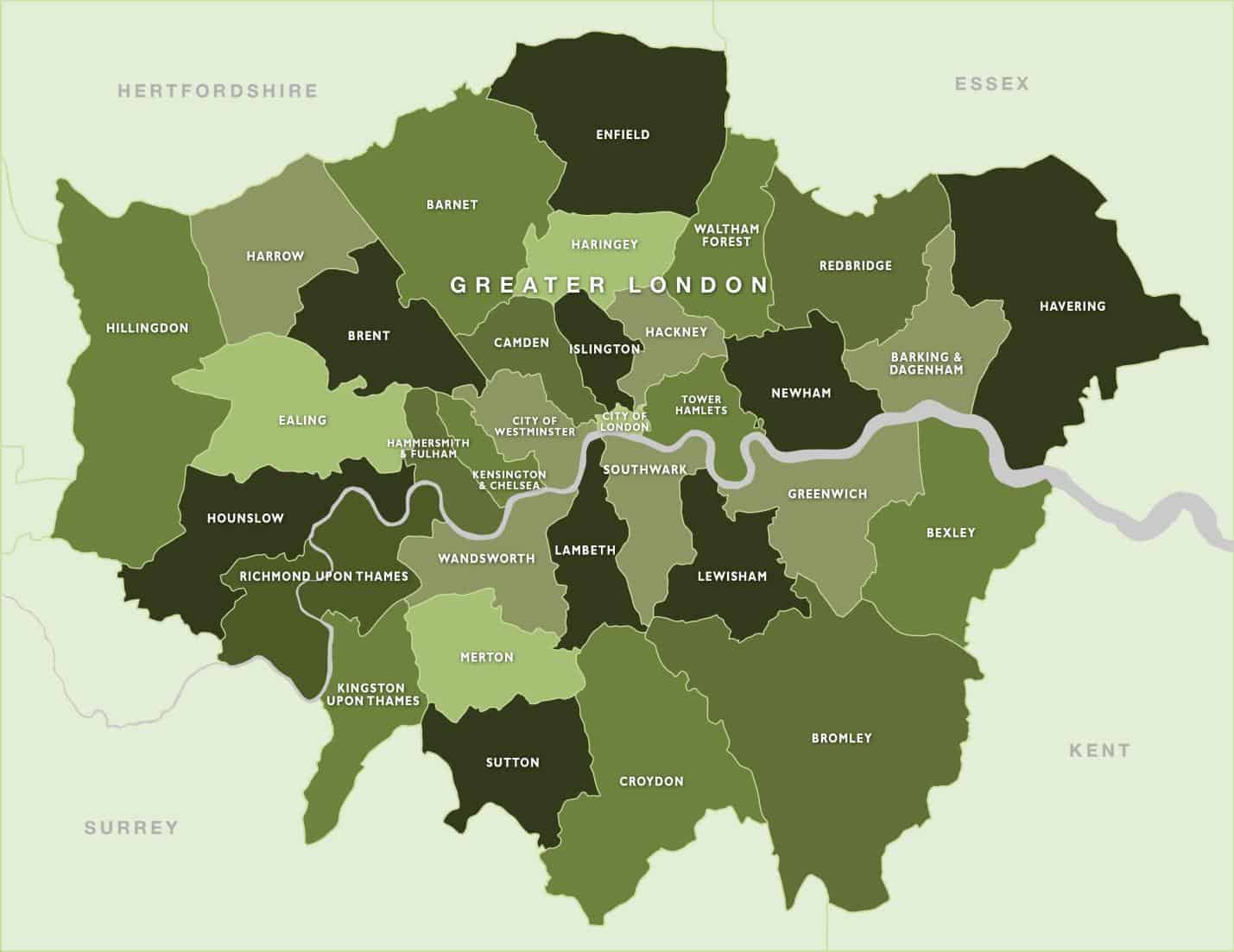 Before we look at London boroughs, do you know what a borough is?

Boroughs are nothing more than the local authorities of an area (in this case, London). They’re responsible for managing various services in their respective regions. These include waste collection, running local schools, street cleaning, fire departments, libraries, and other similar social services.

There are 32 boroughs and the City of London, which are loosely organised within the boundaries of London. A total of 33, each of these boroughs offer a unique experience to the London visitor.

Here’s a quick rundown of the London boroughs.

Inner London is made up of the City of London, plus 12 other boroughs, namely;

Do All London Boroughs Have Mayors?

Each of the 32 boroughs of London has a governing council, known as London Borough Councils. The councils are responsible for most of the boroughs’ functions, such as tax collection, health care, leisure and recreation, minor roads, education, libraries, and social services.

However, it is only a strategic authority whose powers span London-wide housing, significant highways, police, and fire departments. The authority is also responsible for economic development and strategic planning for Greater London.

GLA is led by the Mayor of London, elected every four years, and the London Assembly. Mayor Sadiq Khan of the Labour Party currently heads City Hall.

The City of London 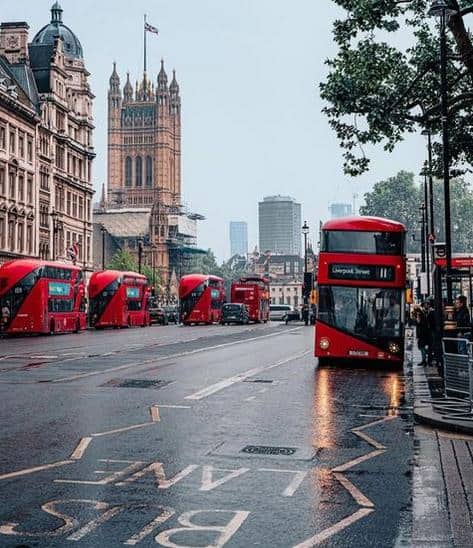 The city of London, popularly known simply as the city, is a small area in central London, not much larger than a square mile. Its other nickname, the Square Mile, derives from its small size.

This part of London is the central business district. It is home to UK’s trading and financial services industries. Here you’ll find the Royal Exchange, Bank of England, Guildhall and other financial and administrative points of interest.

The city of London, note, isn’t only a financial centre, but also a great tourist destination with several popular tourist attractions. Tower Bridge, St. Paul’s Cathedral, Mansion House and the Monument of the Great Fire of London are some of the must-see attractions in the city. 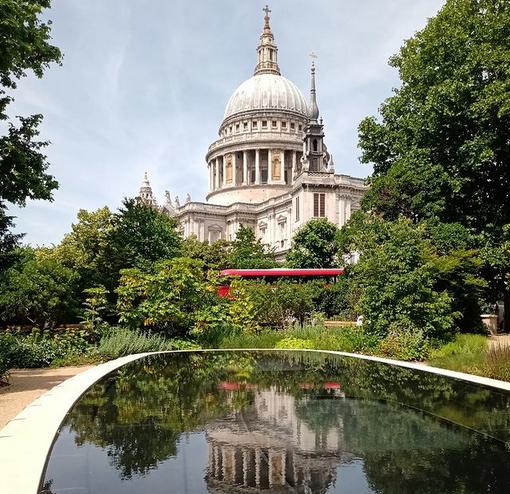 In addition, many modern skyscrapers in the city tower over the medieval cobbled streets and ancient city walls. Examples include the Heron Tower (110 Bishops Gate), the Gherkin (30 St Mary Axe), the Walkie-Talkie (30 Fenchurch Street) and the Cheesegrater (122 Leadenhall Street). 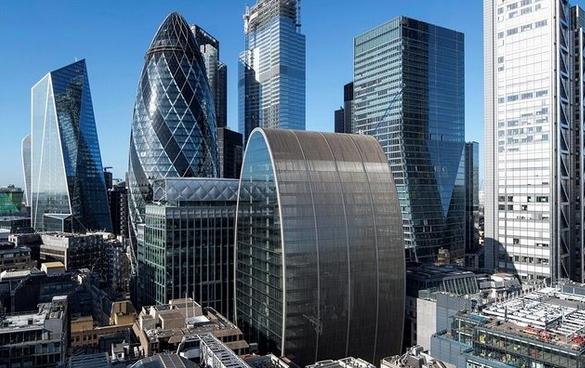 You can learn a lot about the great historical background and appreciate the remarkable architecture of the buildings and attractions.

A majority of the skyscrapers in the Square Mile are office buildings, as the area is a central financial district. However, some buildings are also home to high-rise restaurants with magnificent views of the city skyline.

Eating and drinking with a view of the capital are certainly one of the best things to do in London, especially at night.

Shopping is a big draw for visitors to the city of London thanks to the many famous shopping venues. From small markets to colossal department stores, many people are attracted to the city by the shopping opportunities.

Clubs and live music venues bring in another crowd, albeit a slightly different one, but again the City of London is all about diversity

Technically, the city of London isn’t a borough but a ceremonial county and district of London.

Unlike the 32 London boroughs, which are run by local councils, the city of London is run by the City of London Corporation. This is a unique administrative entity in the United Kingdom, made up of the Lord Mayor, currently Vincent Keaveny, the commonality and the citizens of the city of London.

Only about 8000 people live in the Square Mile, while about half a million commute daily from the neighbouring boroughs and other parts of the country.

With 32 boroughs, London is undoubtedly a vast city with a lot to offer. There are many neighbourhoods within the 32 boroughs of this world cultural hub.

But I cannot list them all here. So I’m going to focus on some of the most popular ones you must visit the next time you’re in London, whether for business or pleasure. 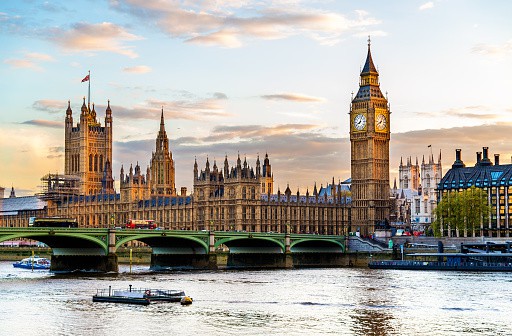 Westminster is perhaps the most popular neighbourhood in London.

This affluent area of central London is of great political importance. It houses the Palace of Westminster (also known as the Parliament Building of London), Buckingham Palace and Westminster Abbey. These three are some of the most renowned heritage sites in London.

Apart from that, the Westminster area is home to other great tourist attractions and places of interest. 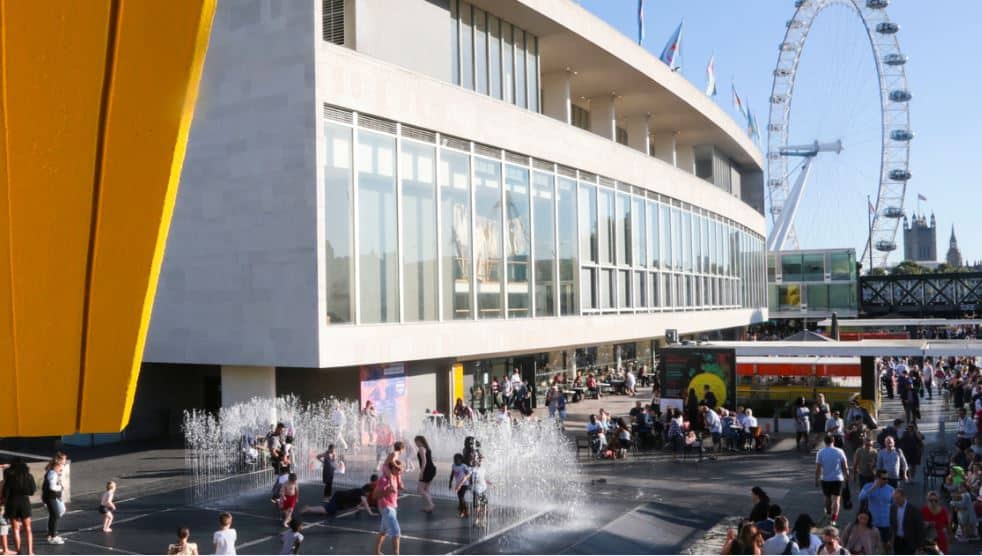 One of the most happening hotspots in London is the South Bank neighbourhood.

There is a lot to see around this riverside area of Central London. You can enter a capsule for a Ferris wheel experience on the London Eye, along with stunning city views.

The London Eye is one of the capital’s most recognisable landmarks and is estimated to attract over 3.5 million people annually.

Not far from the Eye is the Sea Life Aquarium. It’s a great place to visit with the family and lets you see all kinds of aquatic life, including penguins.

But that’s not all South Bank has to offer- if you continue along the river, you’ll find some of the UK’s most famous galleries and theatres, such as the Tate Modern, Hayward Gallery, Shakespeare Globe, Imperial War Museum and National Theatre.

For food lovers, there’s plenty at Borough Market near London Bridge. Wander the city streets and enjoy the scenery along the Thames to the London Eye. 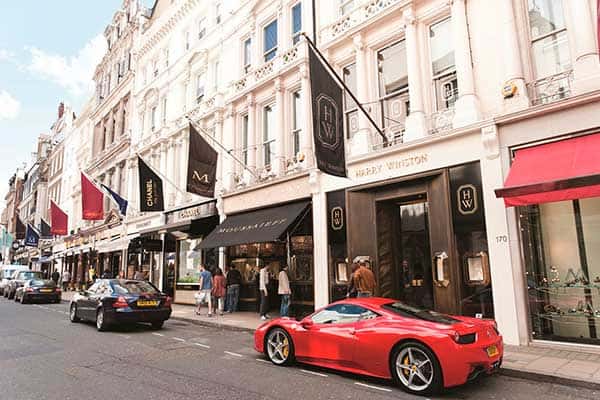 This is one of the most affluent areas of London. Rents here are among the highest in the world, and there are some of London’s most expensive shops, designer shops, tailors and expensive bars and restaurants. 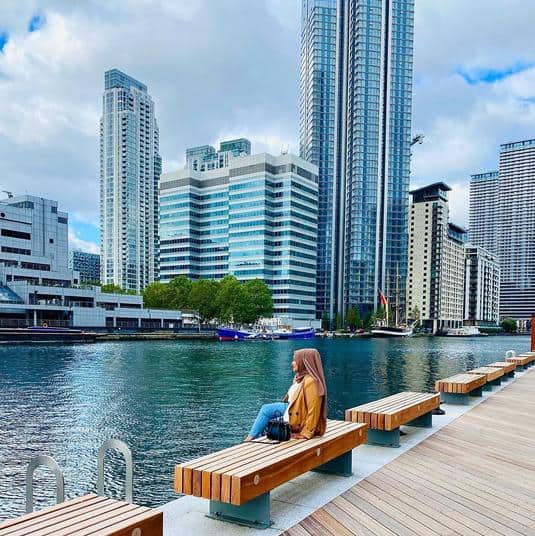 Canary Wharf dominates the London skyline with its towering skyscrapers featuring some of the tallest office buildings in the world: One Canada Square, the Citigroup Centre and 8 Canada Square (HSBC Tower).

The Wharf, a world-renowned financial district and the second in London (after the city of London), offers breathtaking views, a picturesque location and some of London’s most desirable commercial properties.

It is served by the Jubilee Line, the DLR, and the Elizabeth Line and is home to several major banks, including Barclays (now ABSA), Credit Suisse, and HSBC.

While this jungle of concrete and glass isn’t the most intriguing area of London for visitors, there are some fun things to do (and see) in Canary Wharf, including a Thames River cruise, an outdoor ice rink, and the Docklands Museum, and the National Museum of History. 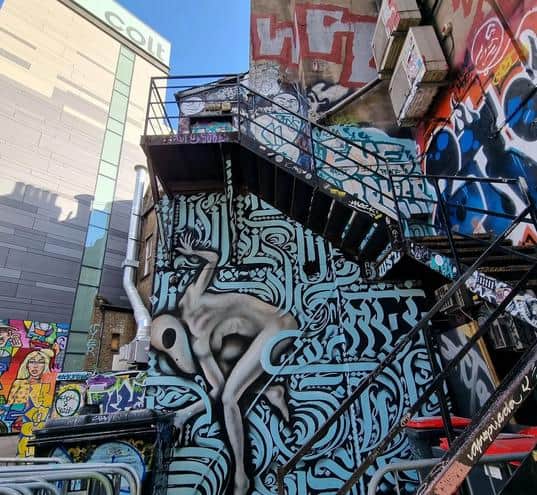 Without a doubt, Shoreditch is the epitome of “trendy” when it comes to London neighbourhoods.

It is the place in London to discover new nightlife opportunities, with the coolest and latest bars, pubs and clubs.

This hipster neighbourhood, popularised by artists, is a haven for fashionistas and underground lovers who love a bit of creativity and the unknown when spending a night in London.

Shoreditch’s bars and clubs are smaller than those in the West End. They showcase the latest trends in street art and interiors and play the newest music you can find.

Drinks are cheaper, ticket prices are lower, and there’s a rawness you won’t find anywhere in London. This draws Londoners and tourists alike in numbers and makes Shoreditch a fantastic alternative to the glitzy, overrated and overpriced nightclubs of the West End.

The bars and clubs in Shoreditch have grown rapidly in recent years, with plenty of new things to discover for a memorable night out in London. 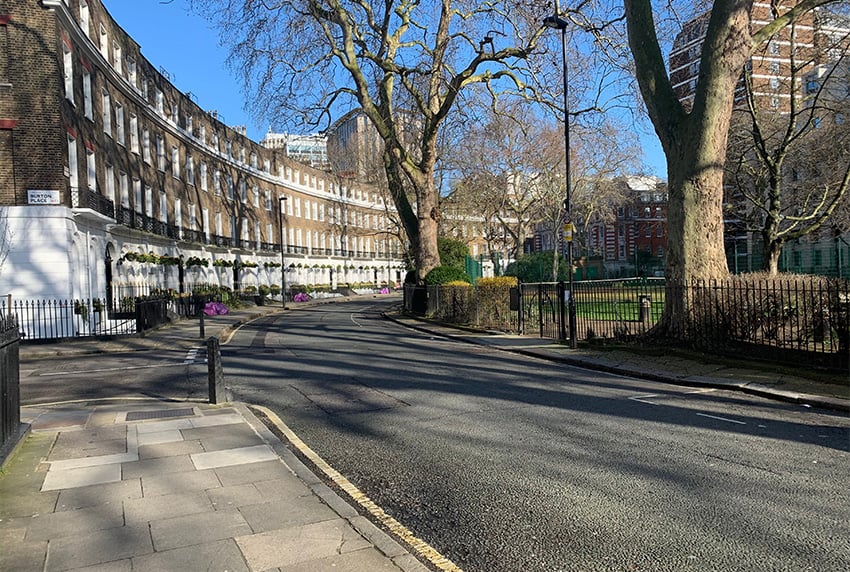 Around the turn of the 20th century, London’s Bloomsbury neighbourhood was the haunt of several well-known writers.

Its reputation as a preferred area for such artists continues to lend it a modern flair.

In addition to the British Museum, the Charles Dickens Museum and many top London universities are within its borders. A cluster of historic houses and manicured parks make Bloomsbury a delightful part of London to explore. 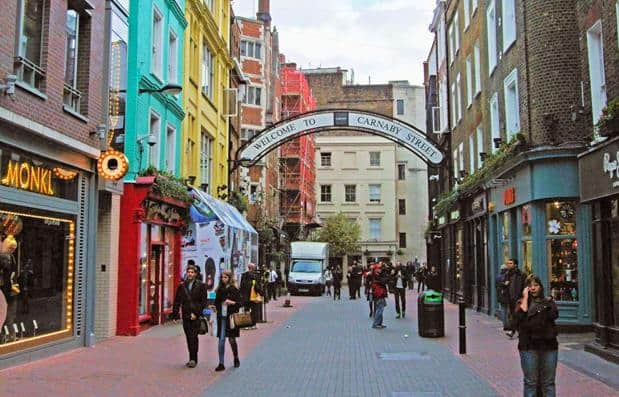 Upscale restaurants and a wide range of elegant office buildings make Soho one of the most modern neighbourhoods in London. You can’t walk a metre without stumbling across another ultra-chic restaurant or club.

Soho is also the centre of London’s media world. So chances are you’ll spot a celebrity or two here as well. 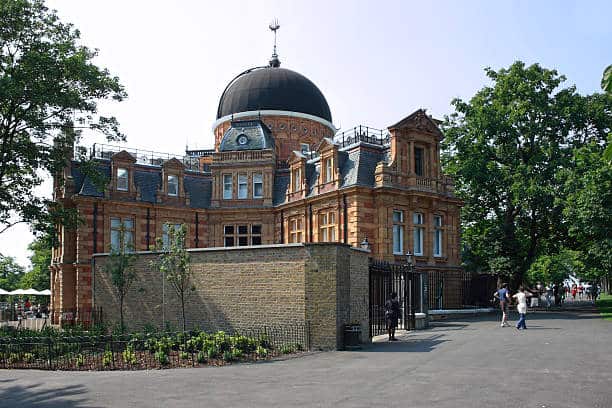 Some of London’s most diverse and fascinating tourist attractions are found in the Greenwich neighbourhood.

Amid the many cheap hotels in London that are located here, one can find the Royal Observatory, Greenwich Park, Old Royal Naval College, and a delightful array of pubs and restaurants.

As colourful as it is historic, Greenwich is a beautiful choice for anyone looking to combine typical tourist fare with a dash of variety. 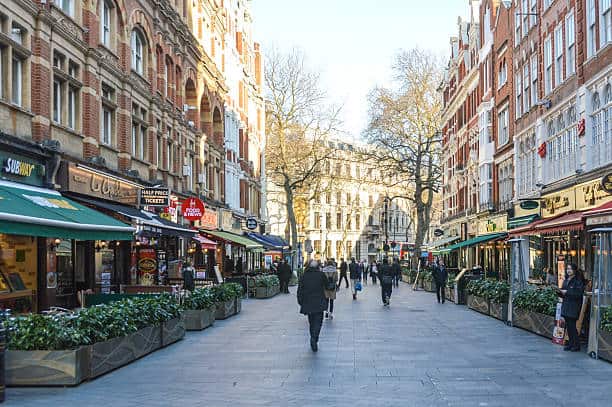 This area of London is east of Westminster and southwest of Camden.

Famous for its shopping and street entertainment, Covent Garden’s Long Acre is home to some of the finest boutiques in the world.

Covent Garden is an area in London with a famous fruit and vegetable market. It also has the Royal Opera House, which is worth visiting. 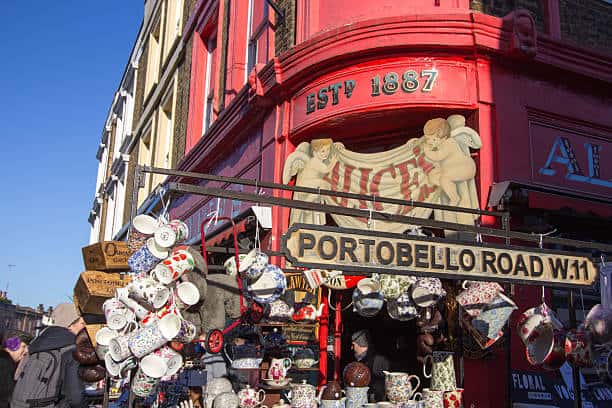 Notting Hill brings the life and pizzazz of the East and North to the city’s West end. It has all the amenities and comforts of Chelsea, plus some fantastic bars and pubs, markets and restaurants.

People living and hanging out in Notting Hill tend to have a flair for fashion and art. They brunch on the weekends, drink nice wine for dinner and enjoy discovering new trends and keeping up to date with London life and culture.

For a well-rounded day out in London, there’s no better place than Camden Town with its colourful markets, stores, restaurants, bars and clubs.

Camden Market occupies a large portion of the area and is a worthwhile stop for visitors to this northern London neighbourhood.

The market, also known as Camden Lock, is a large retail market near the Hampstead Road Lock of Regent’s Canal.

Crafts, clothing, bric-a-brac (antique products) and varieties of fast food dishes are the products sold in the stalls in this market.

If you fancy a bit of nightlife, Camden has a vast selection of bars, restaurants and clubs to keep you entertained late into the night.

The closest subway station is Camden Town Tube Station. But if you like walking, the canal towpath from Regent’s Park will take you to the centre of Camden Markets in London. 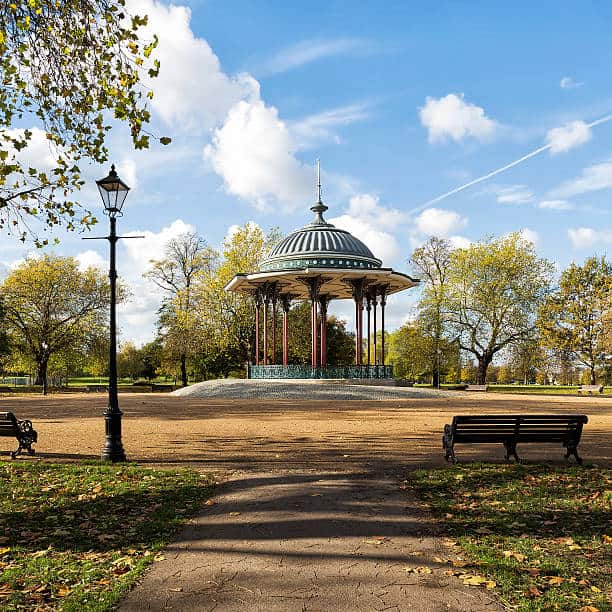 The neighbourhood offers a beautiful green space (Clapham Common) for you to enjoy during the summer, while there are also plenty of bars and clubs to visit.

Rental prices in Clapham are affordable for many professionals, and there’s an excellent mix of properties, including flats, studios and townhouses.

Speaking of Greater London, Inner London, Outer London, or the City of London is quite confusing to anyone who hasn’t spent much time there.

Having a map handy can therefore be a requirement not only for tourists but also for residents.

Below is an interactive map showing all 32 London boroughs and the City of London.

Click on a borough’s name to view more information about the area, including its neighbourhoods. 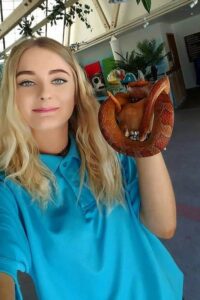 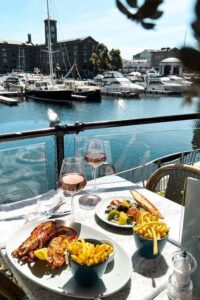 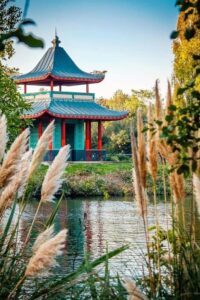