When trying to choose a sixth form college, there are certain aspects you may want to keep in mind. You’ll need to make sure the location is right for you, as you won’t want long commutes during London’s rush hour.

You’re also going to want to take Ofsted’s rating of the college into consideration, and even things such as how the school spends its school day.

What time do lessons start and what time does the school day end? Are there any extra curricular activities that have caught your eye?

With all of this in mind, it’s definitely not a decision you should make lightly. 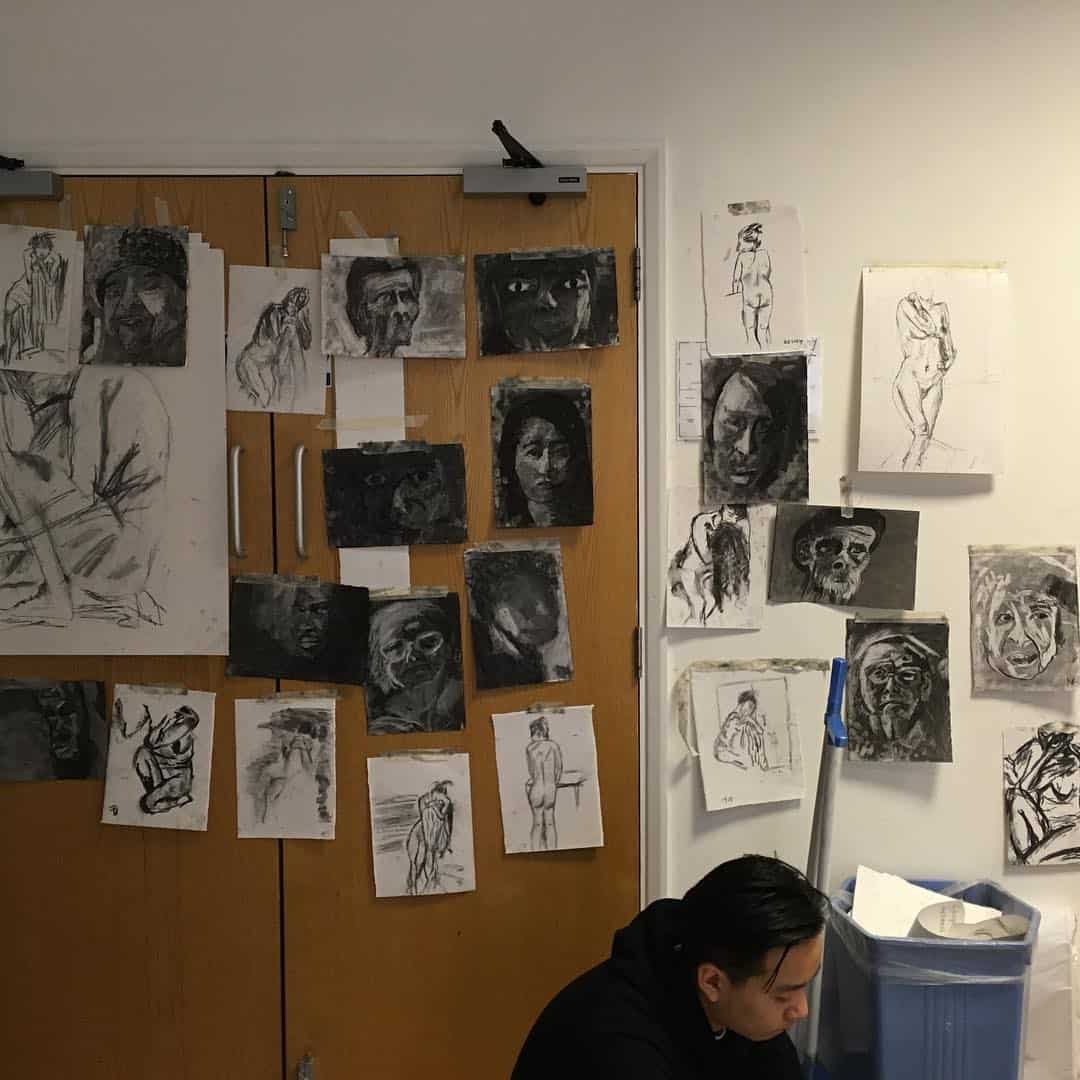 Brampton College has been open for nearly 30 years and in that time, they have become the highest achieving sixth form college in London.

Its Ofsted reports have also come back as outstanding with their report stating that Brampton College was “highly successful” and has a “vigorous independent academic effort and personal organisation.”

The college has a wide variety of A levels to choose from, whether you prefer science, the arts, or social sciences, they have something for everyone.

With their science courses, you can pick from courses like mathematics, computer science, and biology.

In the arts, you can pick from English, history, or languages such as French or Latin. Social sciences include psychology, geography, and business.

Brampton College is also well known for accepting students from all around the globe and has a fantastic international studies programme.

Around 10% of their student population are international and come from numerous different countries.

Each international student is given their own personal tutor as a part of the programme and receives weekly study skills sessions and English Language lessons. 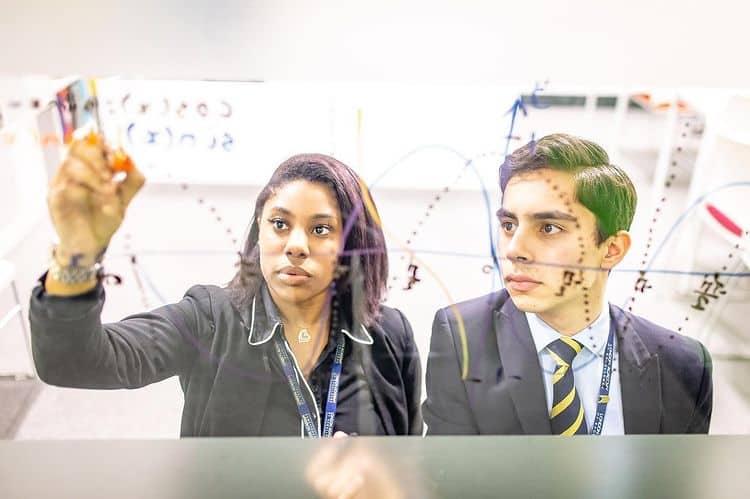 This academy is known for being one of the top sixth form colleges in the United Kingdom. The college always delivers consistently fantastic A-Level results.

This has meant their students have been able to progress to some of the top universities in the country, even the likes of Oxford and Cambridge.

London Academy of Excellence’s grades averages at an A with 65% of their results coming in at either A* or A.

There are many different options when it comes to their courses with all the classics such as English, maths, and science.

They also offer not so common courses at A-Level such as history of art, government and politics, and Italian.

This particular college also offers a scholarship programme. If you show excellence in your studies, then you can look to apply for year 12 or year 13 scholarships.

They offer scholarships in maths, economics, and modern languages and include university visits, lectures, books, and calculators. 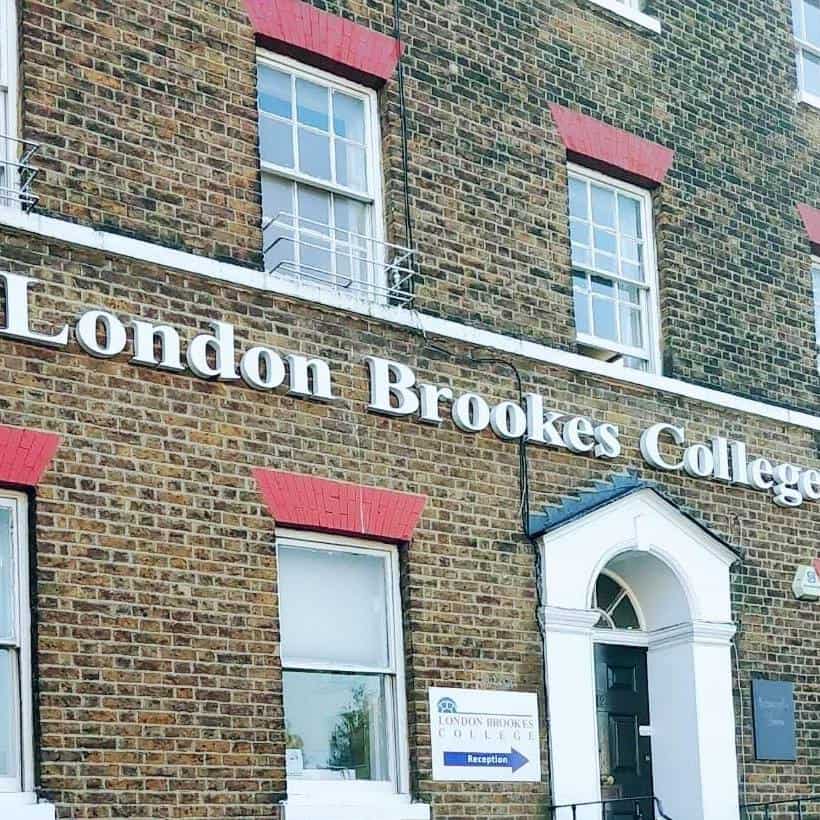 London Brookes College is a sixth form institution that prides itself on individually looking after each and every student.

They want everyone to reach their highest potential and they do this by keeping each pupil fully motivated to achieve the highest grades that they possibly can.

This sixth form college is located in a beautiful grade II listed building which was previously owned by Oxford University.

The college is on a main high street, so you’ll be sure to find plenty of cafes, restaurants, and shops to keep you entertained once the school day is over or if you need to grab a coffee first thing in the morning.

Subject options include mathematics and further mathematics, all of the sciences, history, accountancy and a selection of languages, and that’s just to name a few options. You’ll find plenty more listed on their website.

100% of London Brookes College students have gone onto university after completing their A-Levesl with 81% of those students able to go to their first choice. 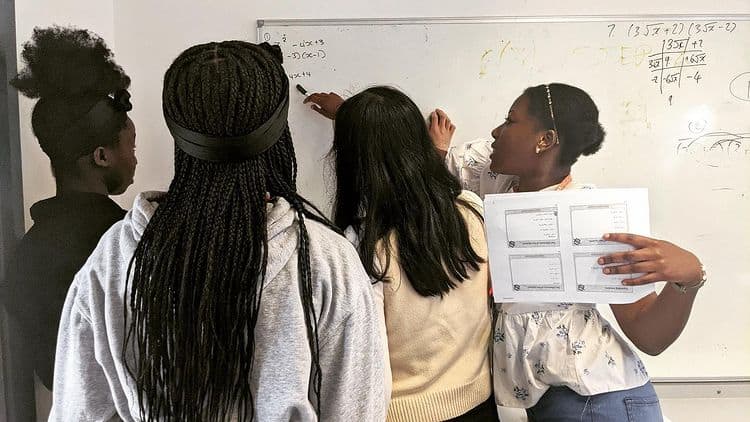 This college is run alongside King’s College London University and provides some of the highest quality mathematics in the country.

The college has been specially designed for those with a high interest in mathematics and students have been well known for progressing onto some of the highest universities in the country such as Oxford and Cambridge.

Students studying at King’s Maths College will be taking their A-Level courses in mathematics, further mathematics, physics, and an AS subject of either computer science or economics.

Not only will students learn an understanding of the world around them in regard to mathematics, but they will also learn valuable presentation and writing skills which will help them in future careers.

King’s College has a range of different programmes that students can participate in. There’s a summer school for year 11 students that would be starting at the sixth form in September.

They also have revision programmes for year 11 students that will be joining the college, and these help them attain the best grades possible.

For current students, they can join a maths beyond the classroom extension or a maths circle programme where students will work on maths puzzles. 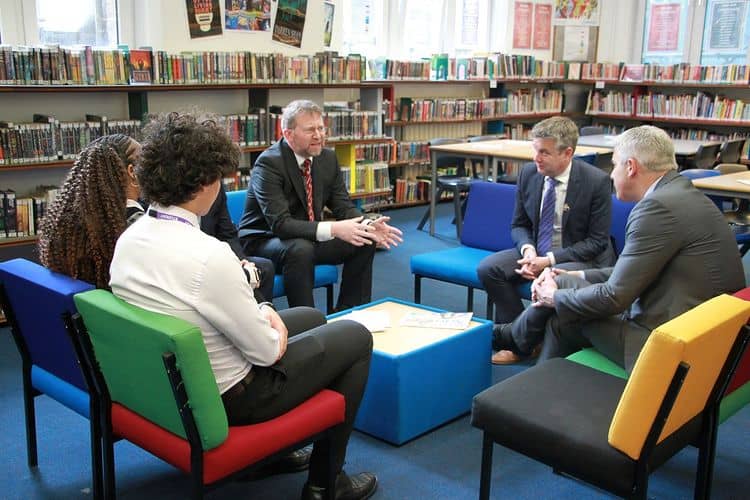 Westminster City School is a school for boys but a mixed sixth form. The college is located close to Buckingham Palace, so you’ll find it in the heart of London.

Not only do they offer A-Level courses with excellence, but they also have a careers programme, guidance on applying to universities, and a wide range of extra-curricular activities.

This sixth form has plenty of options when it comes to A-Level Courses so you can guarantee that you will be spoilt for choice.

Pick from science subjects such as biology, practical subjects such as music technology, and other subjects also having your private study sessions where you will work on any homework or projects set by your teachers, such as politics, or sociology. They also have all English and maths options, and humanities subjects available.

The college has designed these study sessions as a way to prepare their students for university. 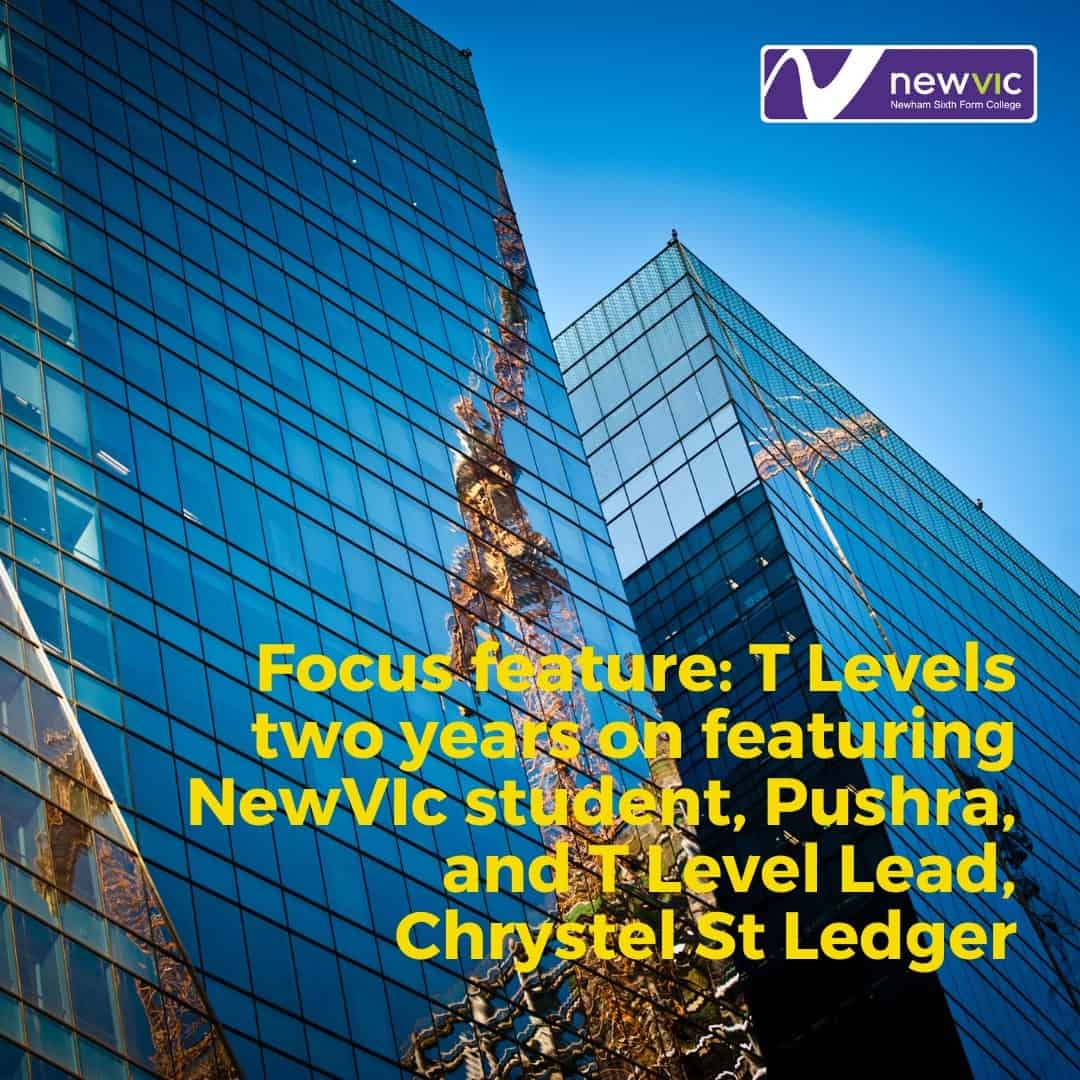 Newham Sixth Form College prides itself in providing its students with the highest quality of study which has seen them progress onto universities such as Oxford and Cambridge.

They’re designed to help you go straight into employment after education and you’ll even do a work placement for 45 days. The college’s T-Level courses are in business, construction, education, finance, health, and healthcare science.

They also have a large subject list when it comes to A-Levels. They have a larger variety than other colleges and have courses in graphic design, digital music production, criminology, and law.

Depending on whether you would rather go down an arts route or a science route, Newham has something to offer no matter where your interests lie.

7. The City of London Academy (Southwark) 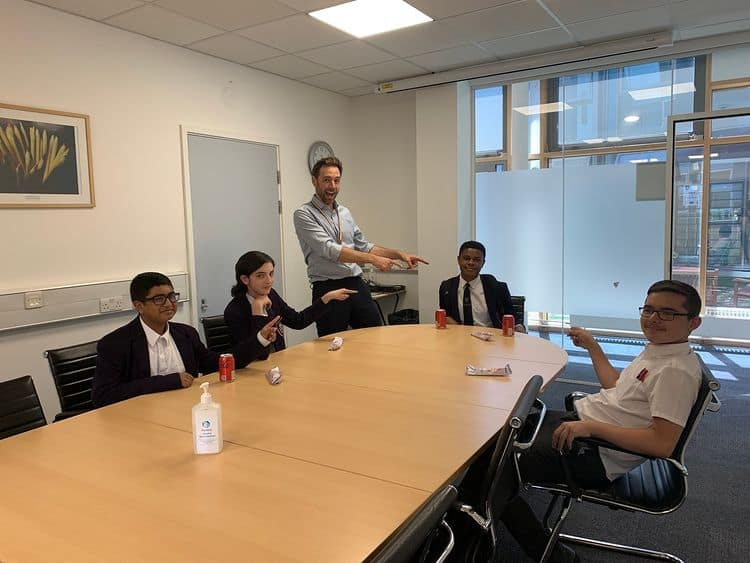 The City of London Academy works on not only making sure their students are successful in their A-Levels, but also to make sure they are ready to step foot into the outside world by preparing them with the necessary skills and a ready emotional intelligence.

There are 27 A-Level courses to choose from including subjects such as media production, physical education, drama, and fine art. 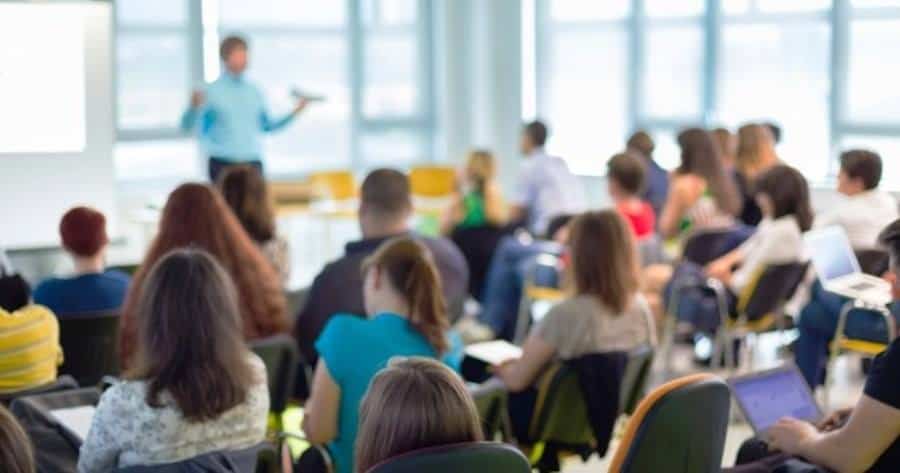 Albemarle is a private school and an award winning sixth forth college and will still accept students from both private and state schools.

This college chooses to teach in smaller groups so that pupils are given a more interactive teaching experience that works on delivering those necessary skills to pass their exams.

This sixth form college offers A-Level courses in a variety of areas including science, business, arts, and languages. To begin with, for your first year of A-Levels you will choose four subjects and then going into your second year you will drop one.

The college also does a University and Life Course designed to aid students in areas such as applying for universities and writing a CV.

Extra-curricular activities include sporting days on Wednesdays where students can opt-in to play sports like football, badminton and aerobics.

During the spring half term, the college also does a trip away to a European city where students can soak in the culture. 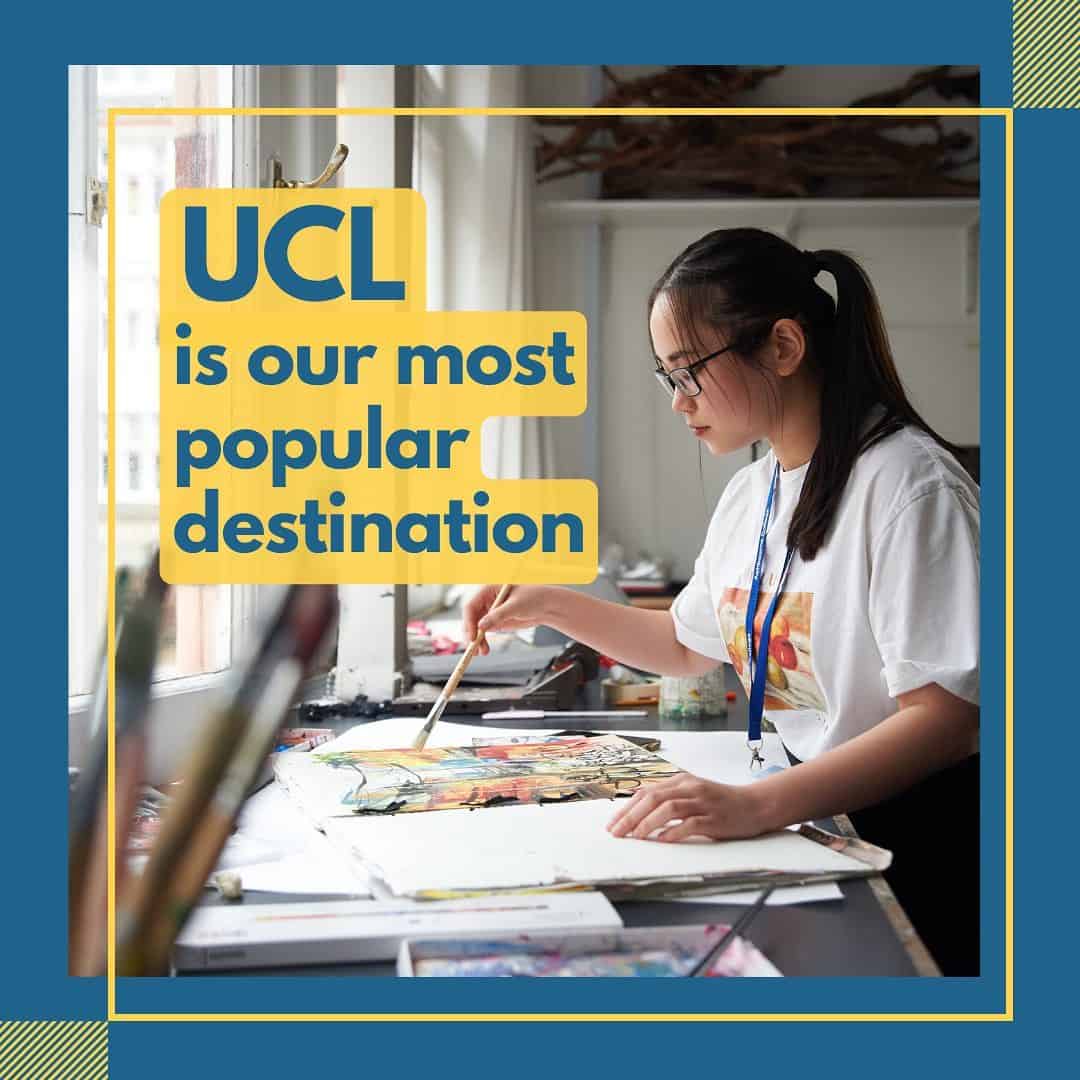 Another of London’s top private A-level colleges, Ashbourne Independent Sixth Form College is based in the central location of Kensington.

It works on progressing its students to some of the best universities in the country and even has a specialist Oxford and Cambridge programme to make sure students are fully equipped when it comes to applying for these institutions.

Ashbourne prides itself in delivering disciplined yet friendly learning environments so students can feel confident enough to reach out and also feel comfortable while learning.

The college has been providing successful A-Level results for the past 35 years. Last year, 66% of students received A or A* grades which placed them in the top 5% of best UK schools. 60% of their graduates even went on to study in Russell Group universities.

Students can choose from a selection of 25 different A-Level courses which include subjects such as history, classical civilisation, French, and computer science. 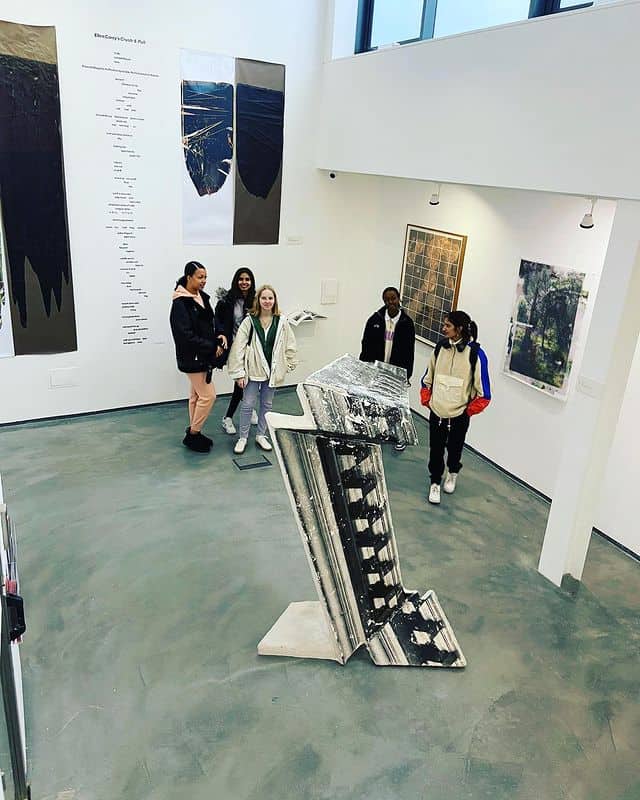 William Morris Sixth Form College provides high quality education for 16-19 year olds. All students are treated as adults to help prepare them for the outside world, while also providing a great environment for them to learn in.

With open events, you can also visit the college before you decide to apply to make sure it’s the best fit for you.

Whether you choose to go private with your education or state, London has some of the finest sixth form colleges in the country to choose from. With A-Level courses or diplomas, there’s something to suit every prospecting student.

Did you enjoy reading this article? Have you thought of any other top London schools then why not comment and share? 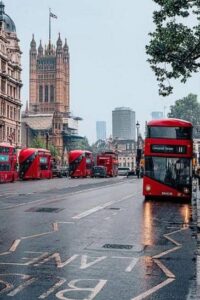 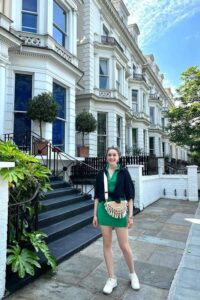 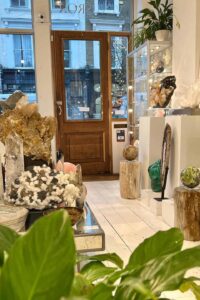